You may ask yourself, "How did I get here?" 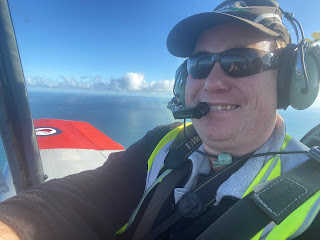 No, former owner Don Yates wasn't a relation but what a coincidence!

ZK-LDG, callsign Airtourer 61, is based at Whanganui with Murray Shaw (who, in another coincidence, grew up across the street from my Dad). Most Saturdays the two can be seen in Whanganui's skies aerobatting and shooting circuits.

Yesterday I headed out to see what was happening after a week or so of bitterly cold wind and rain had given way to sun and still air. CFI Jonny Mauchline had mentioned he'd be flying his Skycraft Scout so there was that to look forward to. I was taking photos of a visting Bantam microlight when I heard Murray cheekily call "Why are you taking photos of that little thing?"

We got to chatting and he said something along the lines of "I'm taking her up and you're welcome to come along" - my first flight in a former RNZAF aircraft, proudly proclaimed by its owner as "NZ's littlest warbird"? It'd be rude not to! 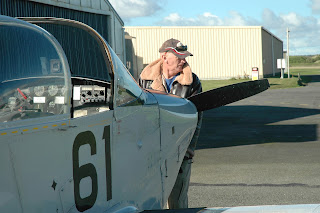 Murray pulling the Airtourer out of the Wanganui Aero Club hangar 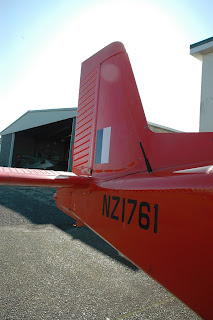 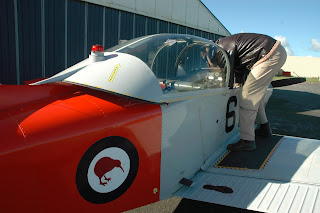 A very conscientious aircraft owner, Murray explained everything - vocalised his checklists, talked me through G forces (although weight prohibited us from any aeros on this trip), procedures for engine failure on take off and so on - and made me feel very comfortable. 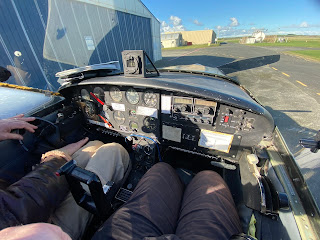 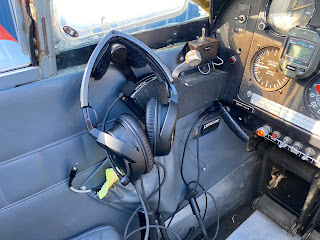 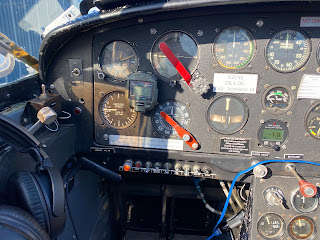 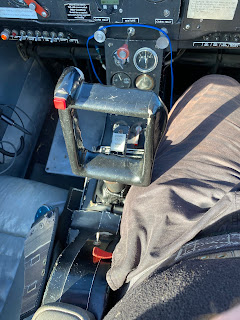 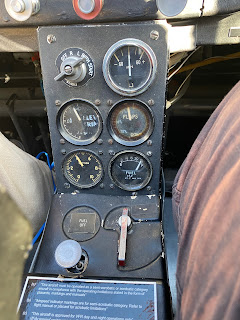 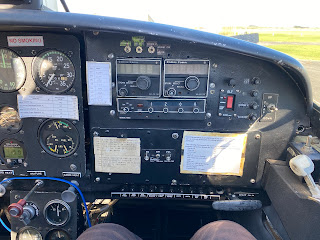 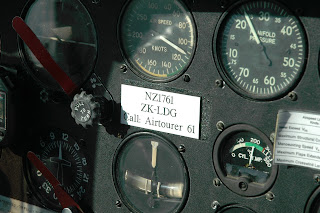 We flew to Hawera and back along the coast, buzzing Richmond Harding's strip on the way there and chatting about mental and physical fitness - before I knew it we were back on solid ground and my legs were surprisingly wobbly. Was it from the thrill of seeing RNZAF roundels on the wing beside me, or the chill air at 6000' from the cabin vents? We may never know!

What follows is a photo essay of our flight, to which I'll add a video once that's been edited.

I hope you enjoy the photos. Thank you Murray for your generosity and to Airtourer 61 for its surprising performance! 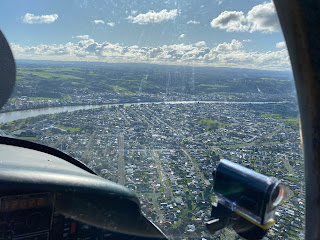 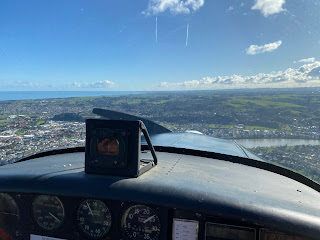 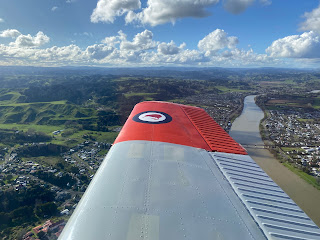 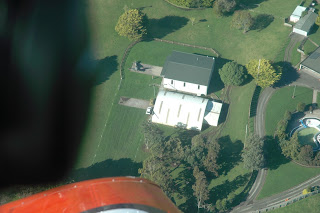 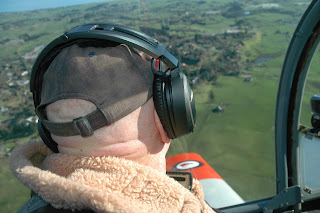 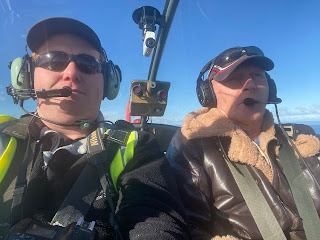 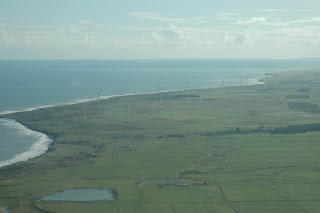 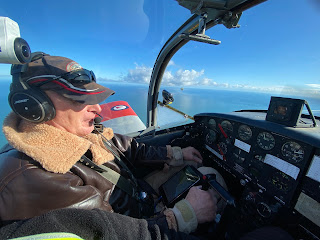 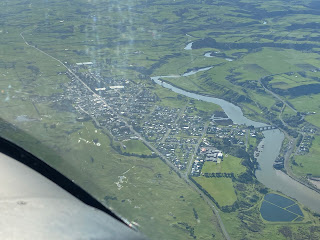 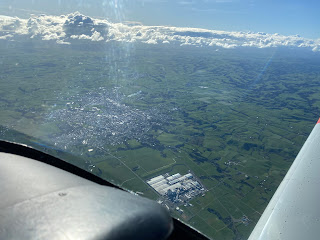 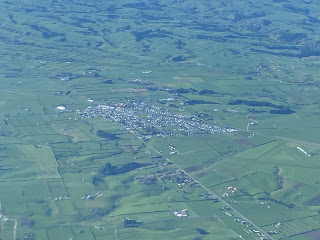 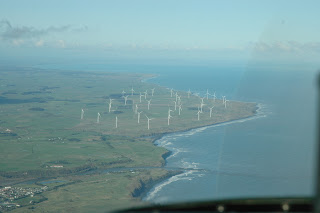 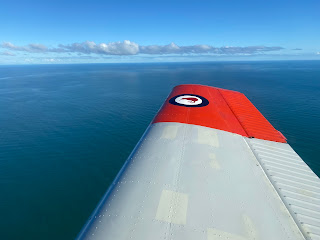 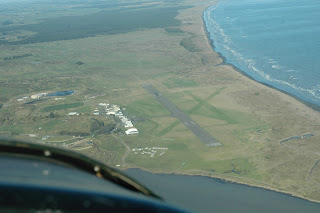 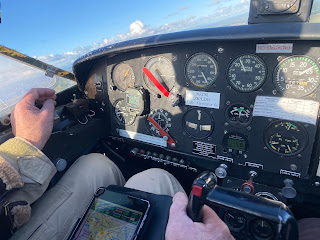